I tend to read A LOT! Here are some books I've enjoyed recently. 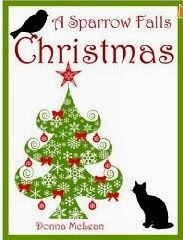 Christmas Eve, the night of the most prestigious event in the tiny southern town of Sparrow Falls, North Carolina. Morwenna Goss, the mysterious story keeper of the old Scottish burying ground, invites guests to dine at the beautiful old family manor house. Guests vary from the proud to the humble, the wealthy to the poor, and as one visitor puts it, "something is bound to happen!"

On this night, all eyes are upon a rare and valuable emerald necklace desired by every guest, but for very different reasons. When the priceless gem vanishes right before their eyes, who among those present could have dared to steal it? Spunky senior sleuth Tilda and the irrepressible redhead Addie set out to find the answer before the clock strikes twelve in this short story based upon the Sparrow Falls Mystery series. 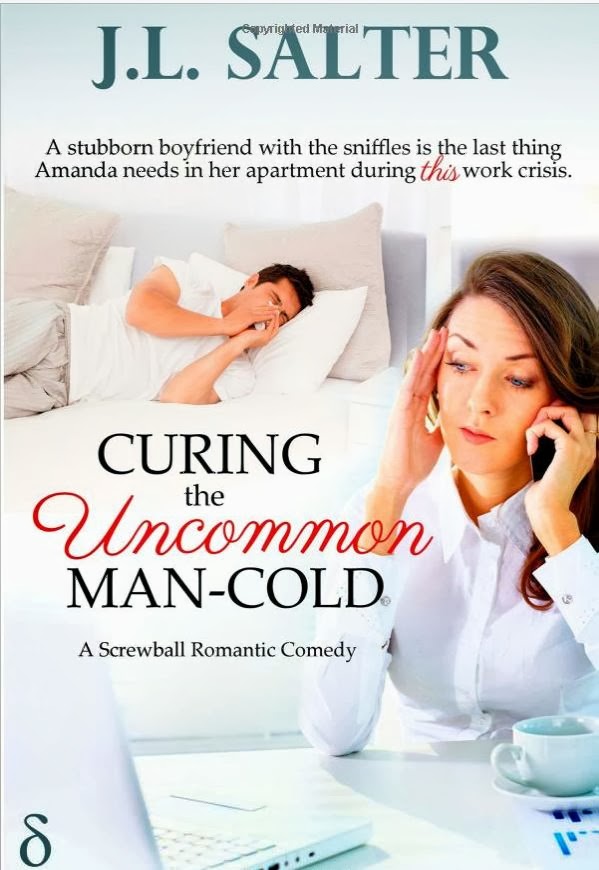 A stubborn boyfriend with the sniffles is the last thing Amanda needs in her apartment during THIS work crisis, but how can she get clueless Jason to leave without just ending their relationship? Fortunately, her divorced girlfriend, Christine develops a devious scare-cure.

Amanda throws everything at Jason that Christine can dream up and her apartment becomes the least hospitable place a man could possibly imagine. Extensive potpourri and a glued-down toilet seat are just the beginning.

But how serious are the privacy risks as Christine blogs about her scare-cure? Can this crazy scheme really get Jason out of Amanda’s hair at home before she loses her mind at work? Will Amanda’s relationship even survive the kooky cure of Jason’s man-cold? 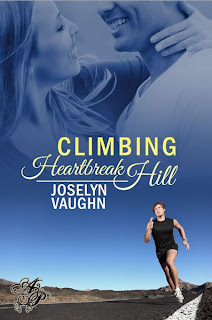 
Professional runner, Ryan Grant blows out his knee, training for another attempt at the Boston Marathon and the dreaded Heartbreak Hill. Ryan retreats home not looking for anything more than a fast recovery, but he finds solace in the arms of his tax preparer, Tara Mansfield.

Tara’s cheerleading career ended abruptly, and she faces an upward climb beating the stereotype as dumb blonde in her new calling as an accountant. Framed with defrauding the IRS during the last weeks of the tax season, Tara’s tentative confidence is shaken, but Ryan coaches her in ensnaring the true perpetrator. She cheers him on in discovering his identity as a coach rather than an athlete.

With the help of the junkyard king and a mechanical bull, can Tara and Ryan find the courage to climb Heartbreak Hill together?

A portion of the proceeds from Climbing Heartbreak Hill will be donated to the One Fund Boston to help those injured at the finish line of the 2013 Boston Marathon. 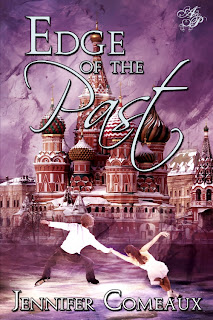 EDGE OF THE PAST
by Jennifer Comeaux
Available Amazon, and at
Barnes and Noble

Emily's skating career and personal life have never been more golden. She and her partner Chris have won every competition they've entered this season, and she's found the man of her dreams in her coach Sergei.

But when one of the biggest competitions of the year takes Emily and Sergei to Russia, Sergei's past explodes into the present and makes Emily doubt everything in their future. 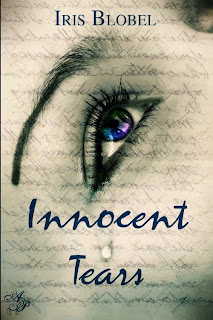 Becoming a parent can be daunting at the best of times, but for Flynn, a business lawyer in Melbourne, it almost pulls the feet from right underneath him. He’s become a father to six-year-old Nadine literally overnight! He had no idea about her existence, and the news throws him into chaos, even more so when he is asked to take over custody.

With the help of Emma, an employee at the hotel where Nadine and her grandparents are staying, and his parents, Flynn tries to do the right thing. Yet, the right thing in his eyes differs from his parents’, and Emma is voicing her opinion as well. And right in the middle is little Nadine, still grieving the loss of her mother and finding a wonderful friend in Emma. There’s no doubt she’s afraid where and with whom she will settle.

But in the end, it’s a letter Flynn receives that helps him figuring out what to do. 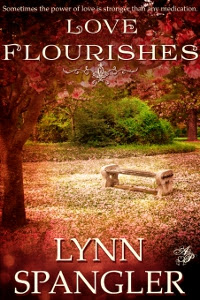 Available at Astraea Press, Amazon and Barnes and Noble


Can he show her the world like she’d never seen it before?

Melinda "Mindy" Caldwell had everything she could want. Nice house, high-end clothes. The only thing she doesn't have is a life...outside her house that is. An incident when she was four left her an agoraphobic - a prisoner within the sanctuary of her home. Besides her sister, she finds companionship in the form of handsome delivery man, Jack Eberley.

Jack Ederley's woman of his dreams won't even leave her house. That does little to temper his feelings toward her. He finds himself wanting to deliver more packages to her house and help her break down the walls she's built around her self.

One night will change each of their lives. Will they find love in the the first blooms of spring or will they let their love slip away? 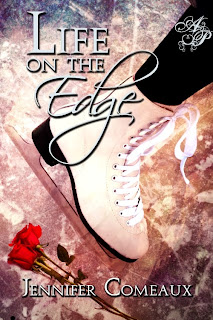 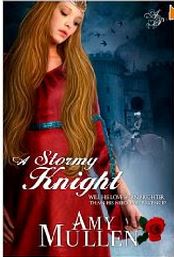 A Stormy Knight by Amy Mullen

In twelfth century England, Gemma de Vere and Nicholas de Reymes find love at a young age. Too naïve to truly understand what is happening, their fledgling relationship is torn apart by political games and scheming minds. Nicholas and his family disappear into the night and Gemma is left with a shattered heart.
Seven years later, Gemma still harbors a broken heart, and retreats into a life in which she will not be foolish enough to fall in love again. Mysterious deaths and accidents begin to plague those living within the walls of Blackstone Castle, and her father falls ill. She has no choice but to seek the assistance of King Henry.
Help arrives in the form of her childhood love, the handsome and imposing Nicholas, who is now a fierce and loyal knight bent on revenge. The pain and anguish he feels over the fate of his family casts Gemma as his enemy. To him, she represents all the misfortune in his life as he tries to keep her at arm’s length and far away from his heart.
Their journey towards truth is riddled with treachery and danger from an unlikely source. Will they find their way back to each other, or will his need for revenge out-weigh the love he feels in her arms? 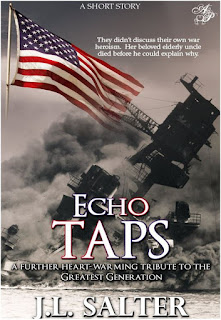 Most of the Greatest Generation didn’t discuss their own war heroism. Her beloved elderly uncle died before he could explain why.
Kelly has just begun interviews for her special newspaper section in honor of upcoming Veterans Day, but she struggles to understand some of the larger issues of the war experience. Her boyfriend Mitch has a few insights, but he was never in combat.
Out of the blue, Kelly begins having flashbacks to heart-warming experiences with her beloved Uncle Edgar, a World War II veteran of the Pearl Harbor attack… but he’s been dead almost twenty years. Kelly also believes she’s hearing messages from her deceased Aunt Mildred, who took her in after Kelly’s parents died.

Kelly is aware that siblings Mildred and Edgar (very close in age) were rumored to have had a nearly telepathic connection with each other, and she knows her mother (born considerably later than Kelly’s aunt and uncle) had some extra-sensory percep-tion. But did Kelly inherit any of those special senses?

Are Uncle Edgar and Aunt Mildred truly reaching back from beyond to help Kelly understand these complex issues? Or is Kelly just now remembering things long forgotten? Why did Uncle Edgar tell the young family members such a different version of his actual experiences on December 7, 1941?

Will Kelly’s key interview with the American Legion Post commander just confuse her more… or help pull all these threads together? 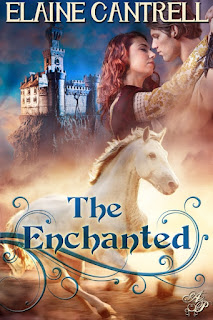 The Enchanted
by Elaine Cantrell
Also Available at Amazon

Morgane has the heart of a dragon and beauty beyond compare, and she's not too thrilled about the marriage either.