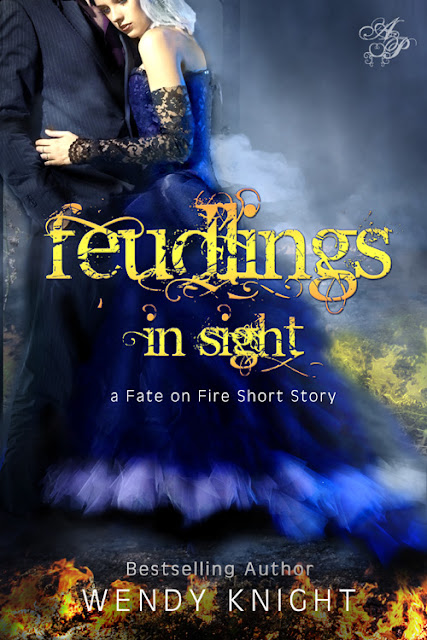 Charity Delyle has lived in the shadow of her Prodigy cousin and his powerful Guard since the day she was born. And she doesn’t mind—really. Except that being in Hunter’s shadow means that he can’t see her. And she’d like that to change.

Hunter has one purpose in life: Protect the Prodigy, or die trying. That means a social life, school, and even Charity come last until the war is over. For the most part, he’s okay with that—he can lose everything if he has to…except his seer.

Starting at a new school should be much safer than living in a war-ravaged Carules headquarters. But this new school is different than the others. Friendships are forged and destinies are questioned, and Hunter’s decision could cost them all everything they’ve been hoping for.

Excerpt: “Okay, do you want to practice the ones we learned last week or just start new ones?” She had carefully color-coded the spell book with sticky tabs — spells they had mastered, spells they had practiced, spells that would come in handy one day — she was very organized. And if the Council ever found out she put sticky tabs in a book that was over three hundred years old, they would kill her completely dead.

“Learn as much as you can, Shane. Gonna be hard to find a place to practice in the mountains of Utah, surrounded by Normals.” Hunter idly traced spells in the air, letting them fizzle and die without igniting them.

“Well, alright.” Charity flipped to the red section — spells that would come in handy one day. She started at the top. “This one is called an Al-able.” The odd word rolled awkwardly off her tongue. “It’s like… it looks like it’s sort of a flat triangle of flames.”

Hunter and Shane both walked over, studying the spell in the book before tracing it slowly into the air. The spell wouldn’t actually ignite until they lit it with the flames roiling through their blood, but they both wanted to make sure they could do it correctly so as not to explode them all to pieces or something.

“No, no, Hunter. Less harsh lines. Softer.” Charity glanced down at the page and then up at Hunter’s disaster of an attempt. Sighing she laid the book on the metal next to her and pushed herself to her feet. She took Hunter’s hand, trying hard to ignore the way her own blood seemed to explode into flames. There’s no magic there, she told herself harshly. “Like this.” She led his hand through the spell until the air smoked and the image burned in front of them. She looked up, got caught in his gold eyes. He watched her, an unreadable look on his face.

It made her heart stutter in her chest. Before he could say anything she dropped his hand. “Now try it on your own. I can’t do everything for you, you know.” Charity grinned playfully, dodging out of the way as he tried to push her over. She rescued the book from the twisted metal and perched, watching them expectantly. “Go. Do something.”

Shane rolled his eyes. “Give the girl a book and she’s suddenly the boss.” He moved away several feet so he wouldn’t accidentally ignite her. He’d done it before, and Charity didn’t relish the idea of it happening again. 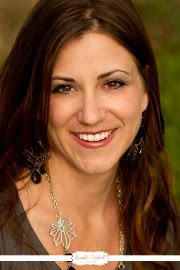 BIO: Wendy Knight was born and raised in Utah by a wonderful family who spoiled her rotten because she was the baby. Now she spends her time driving her husband crazy with her many eccentricities (no water after five, terror when faced with a live phone call, etcetera, etcetera). She also enjoys chasing her three adorable kids, playing tennis, watching football, reading, and hiking. Camping is also big: her family is slowly working toward a goal of seeing all the National Parks in the U.S. You can usually find her with at least one Pepsi nearby, wearing ridiculously high heels for whatever the occasion may be. And if everything works out just right, she will also be writing. Twitter: @wjk8099 Facebook: http://www.facebook.com/AuthorWendyKnight Blog: www.writethroughthenoise.blogspot.com Goodreads: https://www.goodreads.com/author/show/7009940.Wendy_Knight a Rafflecopter giveaway
Posted by Stephanie Michels, author at 10:49 AM No comments:

One of my favorite authors, James Patterson, is a big advocate of getting kids to read. Since the birth of his son, he has invested a lot of time and money into a campaign to encourage reading from young ages on up.

His program Read, Kiddo, Read is geared at attracting readers at various age levels. He believes, as most of us do, that reading is critical and fundamental skill for success in school and life as well as a method of relaxation and enjoyment.

He encourages parents to keep their kids reading during the summer months, which is an important goal of mine, too. His website Read Kiddo Read offers a lot of wonderful books for kids and is broken down by tabs for Great Illustrated Books (for younger readers), Great Beginner Books (6 & Up), Great Page Turners (8 & up), and Great Advanced Books (10 & Up).

Patterson, however, hasn't really focused much on the slightly older reader, so this week, I am highlighting some young adult books by some wonderfully creative authors on a special YA Recommended Reads tab.

Why not click over there and check out this week's picks: 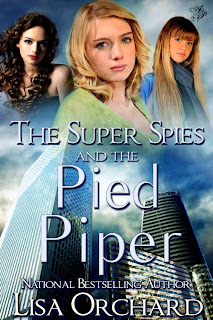 The Super Spies and the Pied Piper

Late for the Ball
by
Heather Gray

And remember to Read, Kiddo, Read...no matter what your age is!
~ Stephanie
Posted by Stephanie Michels, author at 4:29 PM 4 comments: